"We must achieve the character and acquire the skills to live much poorer than we do. We must waste less. We must do more for ourselves and for each other. It is either that or continue merely to think and talk about changes that we are inviting catastrophe to make. The great obstacle is simply this: the conviction that we cannot change because we are dependant on what is wrong. But that is the addict's excuse, and we know that it will not do."
—Wendell Berry

OK, so January has rolled around. The heat is here, not as bad as some years and bringing a decent amount of rain too. The grass has come on and the cattle are looking fat and happy. The hens are laying well, the pigeons are breeding and the choko vine has decided to try for world domination by swallowing up the entire chook shed. Will have to see to that soonish. I like chokoes but there are limits. At the moment I am feeding Percy, our resident porker, on the excess chokoes and household scraps. I think I have the feeding balance right this year, he is neither too fat nor lean. We will know for sure in a week or so when he gets invited to dinner.
The bees are in full swing. I have been dividing off new hives as much as possible without weakening the parent hives. A few weeks before Christmas I moved four new hives down to the dry lands to test the local flora for nectar. I did an inspection a week ago and managed to bog my truck up to the axles. It appears they have had some rain. You wouldn't know this by looking at the surface which was hard and dry until you break through the crust. Then you find your self in a quicksand the consistency of wet glue... It was a *very* long day.
Which reminds me. For Christmas I received this from my wife. 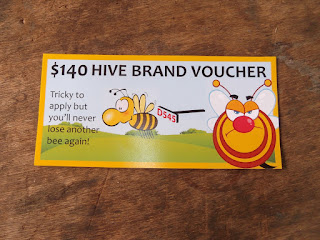 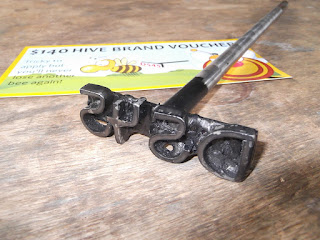 and so today the young feller and I went out to the workshop and set up a branding line for the hive bodies yet to be assembled. 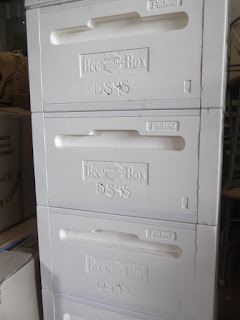 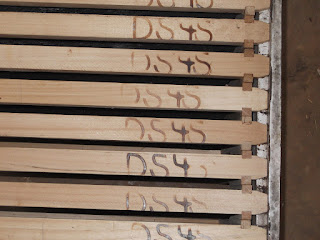 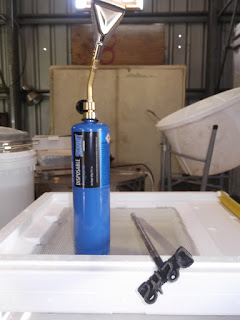 There was some maniacal laughter and cries of "IT WORKS!!!!! HAHAAAAHAAAA"
You will see it had a little difficulty on the timber frames. I found it needed a couple of love taps at the ends to bring the brand back to flat. I suspect it curled just a little when heating. Works just fine now though!
The branding is required by law in Australia to keep crooks at bay. I am also quite pleased the DPI gave me back my old brand number even though it had lain unregistered for some twenty years.

Welcome to our Blog about life in the clouds. I will attempt to update weekly but you will have to bear with me. We are a family of three living on our own small farm. We produce most of our own food from this farm and it is our life.
This Blog is a sort of ongoing essay to answer the hundreds of questions we get about what we do and why. If you would like to ask a question, please feel free to use the comments facility attached to each post. I do read comments.